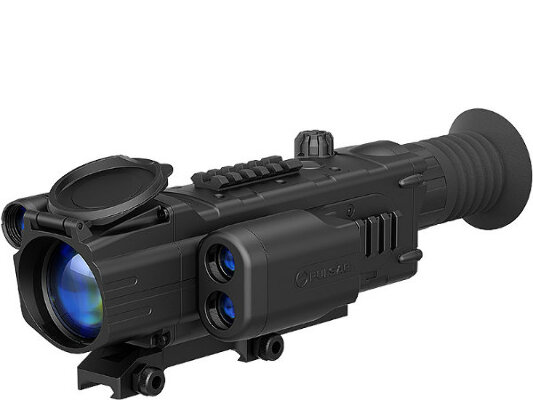 The improved and updated " 3rd generation" Pulsar Digisight LRF N960 and N970 Night Vision Rifle Scopes boast much higher resolution from the sensor than previously models. This all works to provide a significantly sharper image. The 9xx series Digisight has a 3.5x fixed lens, which, thanks to the digital zoom, can be further magnified by 2x and 4x, resulting in 7x and 14x magnification; intermediate steps are also available. The integration of laser telemetry, with a maximum measurable range of 400 metres, in Digisight LRF models is a notable addition to the scope's features. The reading is displayed in the eyepiece.