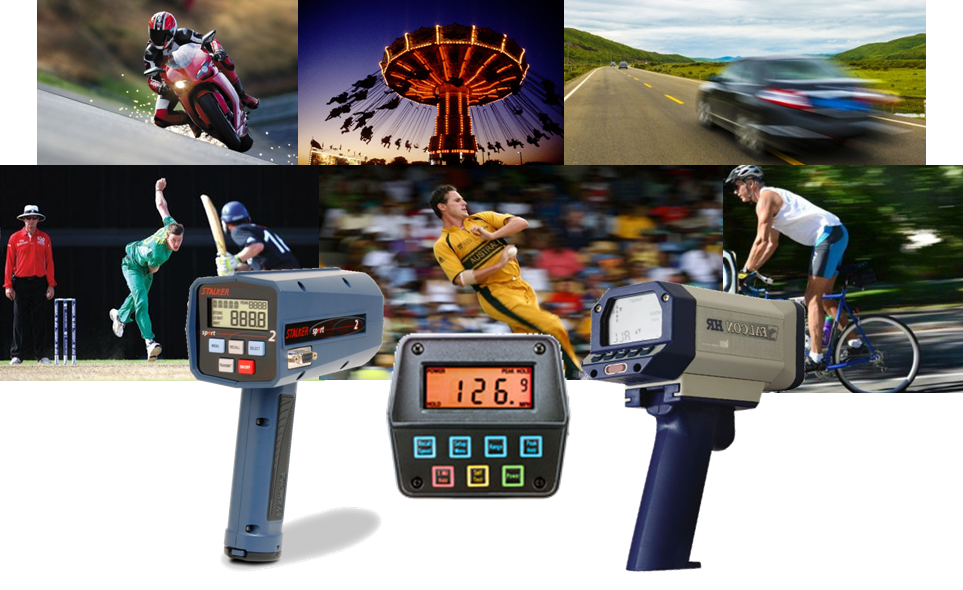 Speed guns also known as Radar Guns or Radar Speed Guns, are Instruments used to measure the speed of moving objects. They are used in law-enforcement to measure the speed of moving vehicles but also in professional sports such as the measurement of bowling speeds in cricket, speed of pitched baseballs, athletes, tennis serves and the speed of supersonic objects.
There are different kinds of Radar or Speed Guns available :
Stationary Radar: This type of speed gun measures the difference in speed between a target and the gun itself. The gun must be stationary in order to give a correct reading.
Moving Radar: The gun receives reflected signals from both the target vehicle and stationary background objects such as the road surface, nearby road signs, guard rails and streetlight poles. Instead of comparing the frequency of the signal reflected from the target with the transmitted signal, it compares the target signal with this background signal. The frequency difference between these two signals gives the true speed of the target vehicle.